Chaoyang water treatment agent factory was set up in 1989 in Beijing Chaoyang district. The main product, polyaluminum chloride (PAC), reached an annual output of nearly 10000 tons after more than three years of development.The products cover over ten provinces. This is the start-up time of the company and laying the foundation for the rapid development in the future. This is Beijing Hengju's first venture. 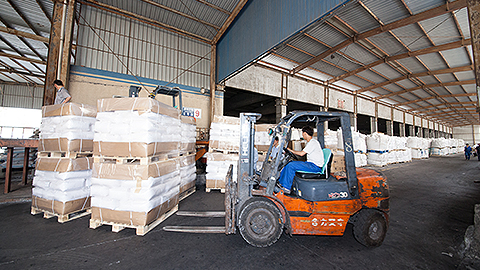 In the 1990s, the tertiary oil recovery of China has entered a period of rapid expansion. Almost 100% of PAM used for organic oil displacement is imported. In order to break the situation that foreign products monopolized the whole Chinese market, the company began to develop and produce the product in 1992.
From 1992 to 1995, it experienced three times of production expansion, and its output reached 10000 tons. This was the first enterprise in China whose PAM capacity could reach 10000 tons of industrial production and also setting the first Chinese record in PAM industry.

This was the company's third venture, a major development stage of realizing the transformation and upgrading of technical products, and getting rid of the era of single product manufacturer.